This most striking example of Gothic architecture dating from the 14th century has been used by both the Roman Catholic and Protestant congregations since 1548, making it the oldest simultaneous church in Germany. After a bad fire caused by lightning in 1548 the tower was rebuilt. The interior of the church was renovated in the Baroque style and is embellished by a monumental ceiling fresco by Johannes Zick. 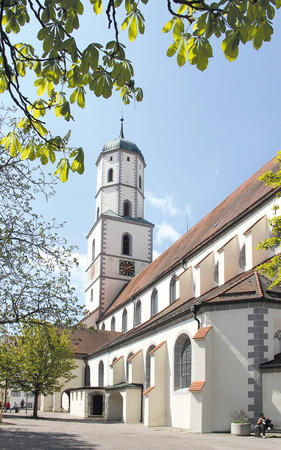